Eye examinations are currently available Tuesday, Wednesday, Thursday and Saturday. Our contact lens clinic is on a Friday.

Visit our contact page to view our Christmas opening hours

Bond: The movies, the peepers and the brands behind the icon

We’re going to admit it, we love James Bond and all of his accessories. In fact, we’re complete anoraks! Here’s a guide to James Bond, the films and the ‘peepers’ down the years.

Whether you notice the current Tom Fords that James Bond (Daniel Craig) wears in SPECTRE (out Monday) and the Tom Ford Snowden he also sports in the trailer and promotional images and in the music video for Sam Smith’s “Writing’s On The Wall”, we love both! 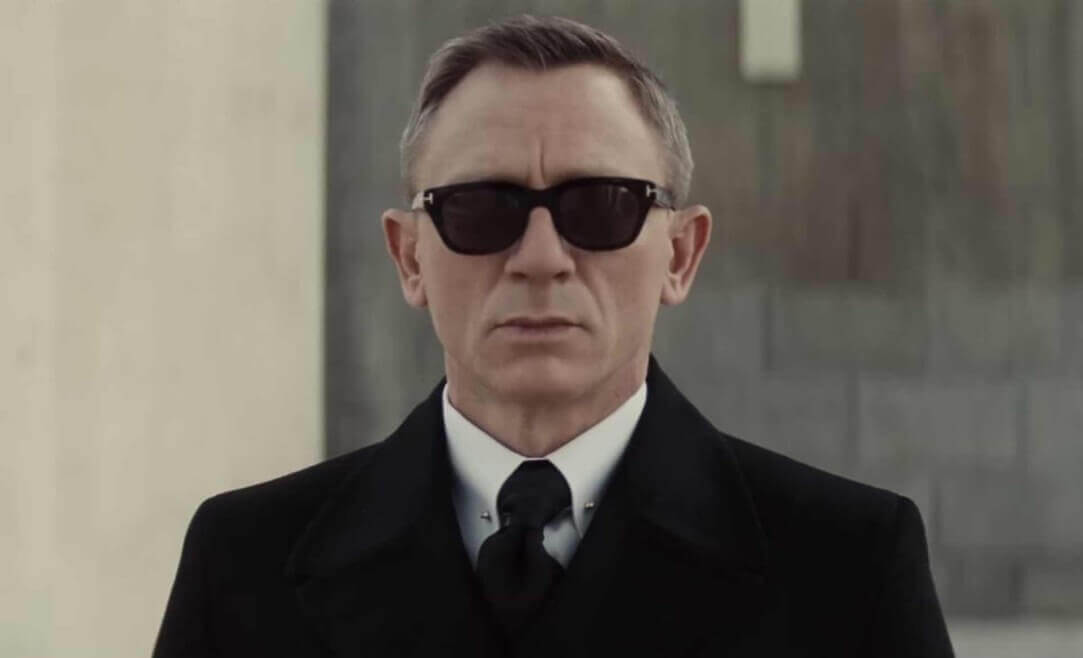 Our love affair actually started with the sighting of Ray-Ban Wayfarer sunglasses on Bond villain Franz Sanchez (Robert Davi) who wore a pair of black Ray-Ban Wayfarer II sunglasses in the movie Licence To Kill (1989). The glasses can be seen when Sanchez gets in his helicopter to leave from his villa to the Olimpatec Meditation Institute, and again when he arrives there. For those of you old enough to know, the Wayfarer was an extremely popular Ray-Ban frame in the 1980s! It’s also where the line, “I’ll do anything for a woman with a knife” comes from! 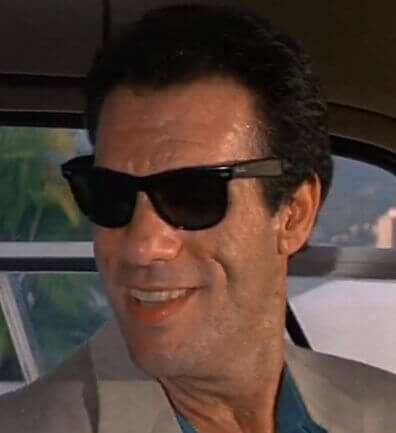 Going further back, Pierre Cardin ski goggles starred in the 1981 movie For Your Eyes Only, as adourned by James Bond (Roger Moore). 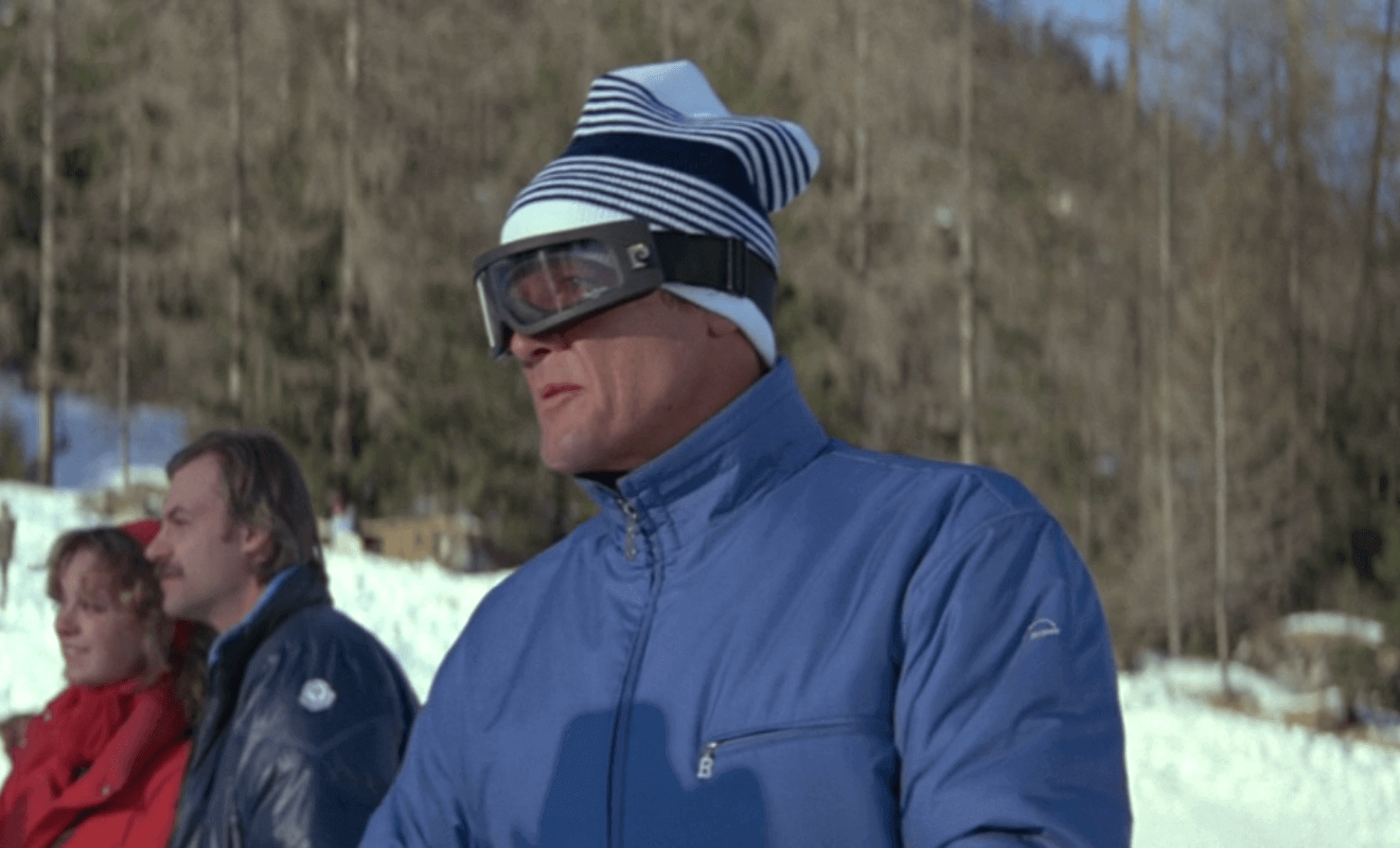 In the movie A View To A Kill (1985), James Bond (Roger Moore) wore a pair of white Bogner 7003 sunglasses in the opening sequence of the film where Bond recovers a microchip in Siberia. He was almost shaken (but not stirred) by Max Zorin (played by Christopher Walken) wearing a spectacular pair of gold Cartier Vendome Santos sunglasses and eyeglasses. The sunglasses are worn by Zorin when he meets James Bond (Roger Moore) at Chateau de Chantilly. You’ll particularly like this film if like me, you’re an early riser 😎

Miranda Frost (played by Rosamund Pike) in Die Another Day wore a eye-catching pair of black Ray-Ban RB4122 sunglasses. The glasses can be spotted when Frost is waiting for Gustav Graves to arrive at Buckingham Palace in London.

In the movie Quantum of Solace (2008), villain Dominic Greene (played by Mathieu Amalric) wore a pair of Cutler and Gross 0425 Brown Stripe sunglasses. The glasses are worn by Greene in Haiti when he meets general Medrano. In the same film, Fernando Guillén Cuervo (who plays the Chief of Police) wore vintage Boris Becker 4804C sunglasses from the 1980s. Bond himself (Daniel Craig) wore Tom Ford sunglasses, model FT108. 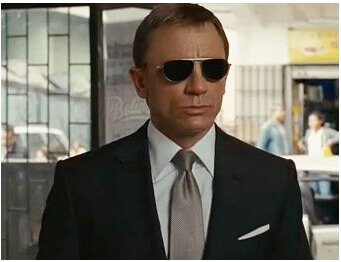 In the movie The World is Not Enough (1999), James Bond (Pierce Brosnan) wore a pair of Calvin Klein sunglasses, model number 2007, during the ski chase scene with Elektra King (Sophie Marceau).

In Casino Royale, James Bond wore two pairs of Persol frames. At the start of the plot, Bond wore a Persol metal frame: Persol 2244. In the second part of the story after experiencing a number of adventures, Bond changed to Persol. 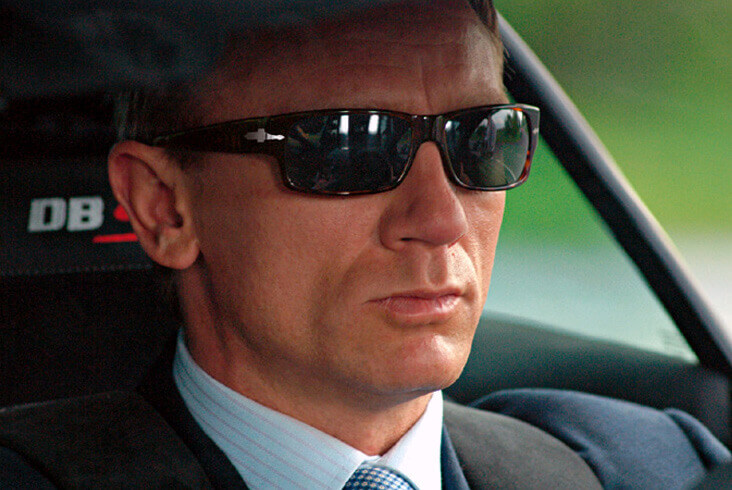 In Die Another Day, Pierce Brosnan wore Persol PE2672-S when he is in Havana, Cuba. The glasses can be seen when he walks to Raoul’s cigar factory, and when he drives in the 1957 Ford Fairlane to the beach bar where he meets Jinx (Halle Berry). 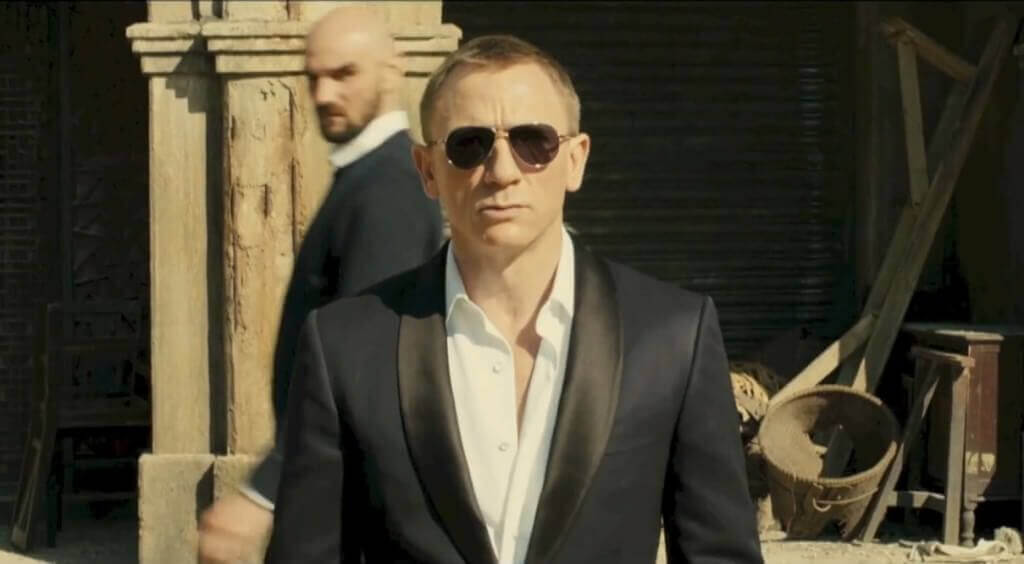 The blue X-Ray specs from The World Is Not Enough are one of the most sought-after accessories by Bond fans. The ones in the movie were actually not of any known brand…and we would know.

So there you have it, our favourite Bond films and shades in all of its glorious detail and, as Pierce Brosnan said in The World is Not Enough,“You thought Christmas only comes once a year!”