Eye examinations are currently available Tuesday, Wednesday, Thursday and Saturday. Our contact lens clinic is on a Friday.

Visit our contact page to view our Christmas opening hours

Our tribute to the icon that every fashionista needs to acknowledge

When people think of memorable names in fashion, Oliver Goldsmith may not stand out from the crowd.

But the Oliver Goldsmith story goes back 90 years and this month Blankstone Opticians are celebrating the brand’s anniversary with the launch of an updated version of the President frame.

“We are also very proud to be one of only a handful of companies in the UK to have received stock of this very limited edition frame. In fact, we have just six pairs…impressive given that only (fittingly) 90 have been produced worldwide!” says managing director Mark Blankstone.

“It was in the 1950s that the Goldsmith brand brought sunglasses into the consciousness of the fashion set.

“Oliver Goldsmith designed some frames fit enough for the likes of Fortnum & Mason and went and sold directly to them where they were very well-received by affluent shoppers and trendsetters.

“Via a prolific publicity machine, Goldsmith created exotic designs capturing the imagination of Vogue, who would also go on to commission special pieces.

“The frames were also featuring on every A-list cat walk around the globe.
In the swinging sixties, Oliver Goldsmith began schmoozing with royalty with Goldsmith’s first spectacle frame design named Rip after a chance encounter at the firm’s premises with Lord Snowdon.

“Through out the rest of the 1960s, Peter Sellers, Audrey Hepburn, Nancy Sinatra, Peter Lawford, Michael Caine, Diana Dors and John Lennon all became customers with Princess Grace of Monaco probably the biggest fan with 45 pairs of glasses.

“Possibly the most famous wearer of Oliver Goldsmith sunglasses was the Princess of Wales.

The 90th anniversary limited edition version of the President

“To celebrate the firm’s 90th anniversary, Goldsmith has created what he refers to as a really special limited edition frame, leading to an updated version of the President being produced. I bought a pair straight away. I would love to get hold of more than our current existing stock of just six but they are very limited.” 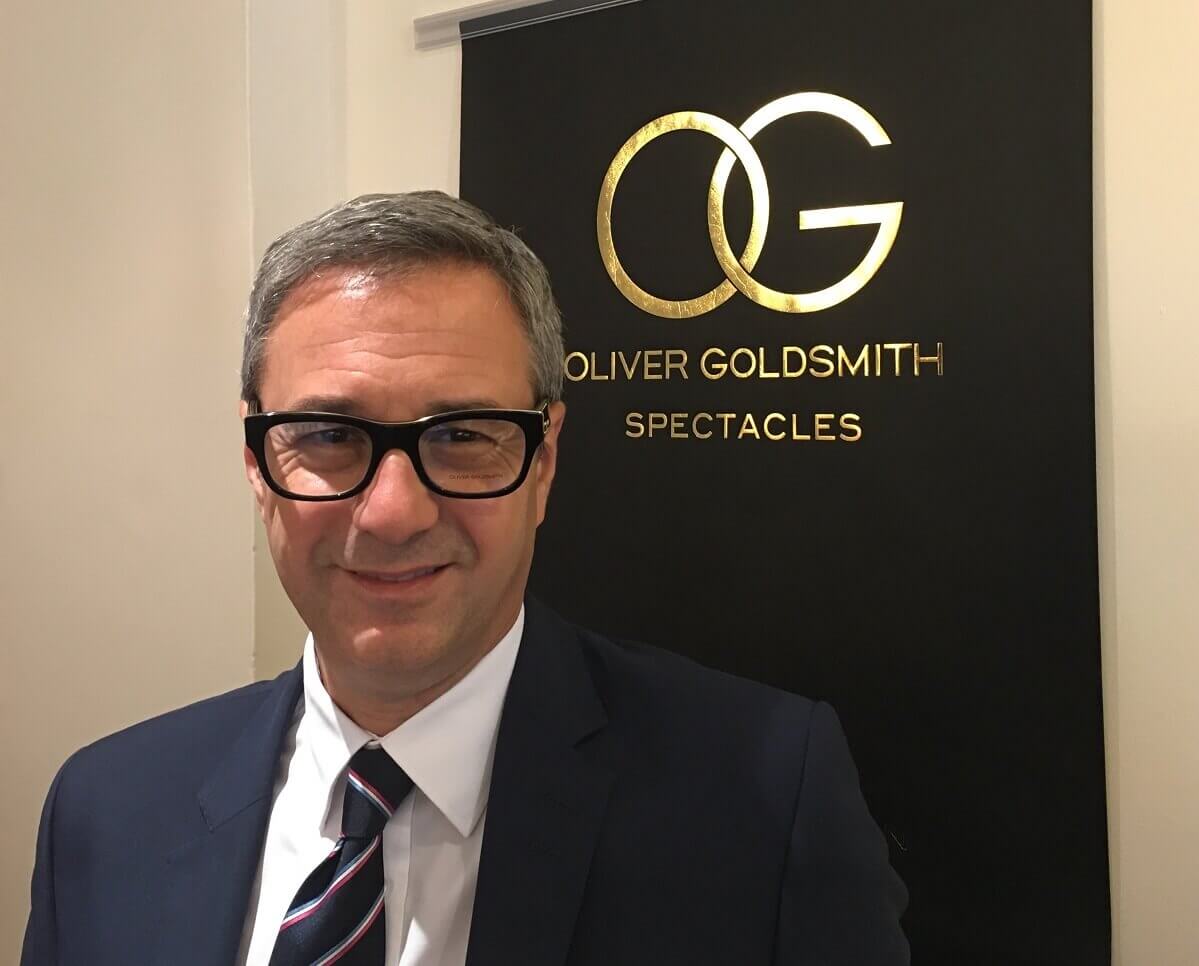